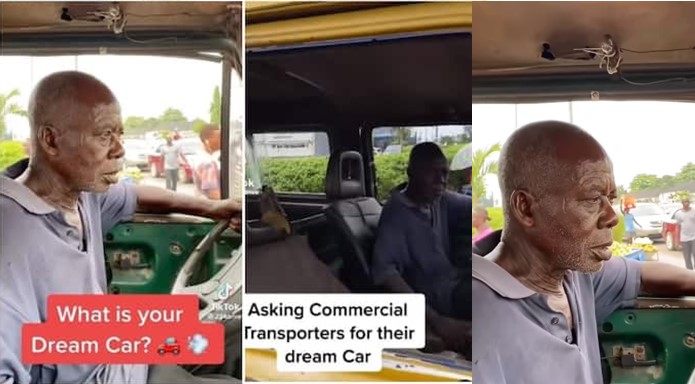 Godspower Ogbonna Chinuruolum, a 77-year-old commercial driver, has won the hearts of many people after disclosing his greatest ambition in life.

A video maker approached a bus stop to ask commercial drivers and conductors about their dream autos, and the man was interviewed. 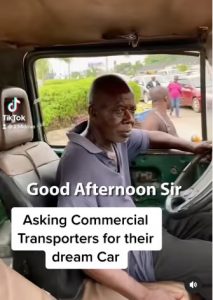 The old man stated in a viral video that he does not desire a car at his age and is only concerned with the growth of his children.

I don’t require a vehicle at this time….

“All I care about is the progress of my children,” he stated.

Nigerians have become emotional as a result of his attitude and response, and they have begun rallying support to bless the commercial driver.