After spotting her on a date with a side boyfriend, a Nigerian man humiliates her by saying, “You even handed him my jacket.” 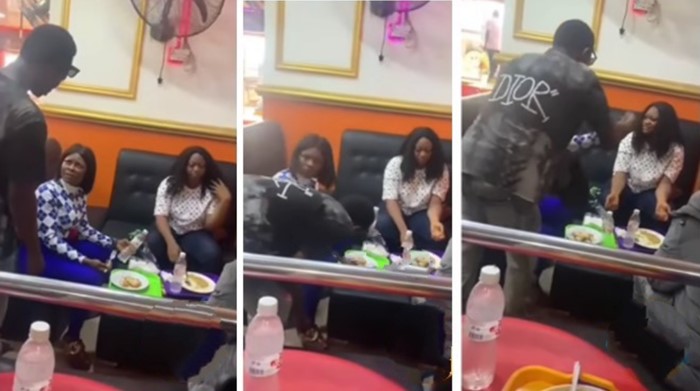 Her boyfriend publicly humiliated a young Nigerian woman after catching her on a lunch date with another man.

When her partner observed her and her female friend eating at a restaurant, the side boyfriend allegedly took them out.

He approached her as soon as he saw them, but she pretended to be normal and requested him to quit humiliating them while she proceeded to eat her dinner.

He quickly removed her wig and phone, as well as the slippers he had purchased for her. He also chastised her for lending his jacket to her side boyfriend in the video.

Watch the video below,