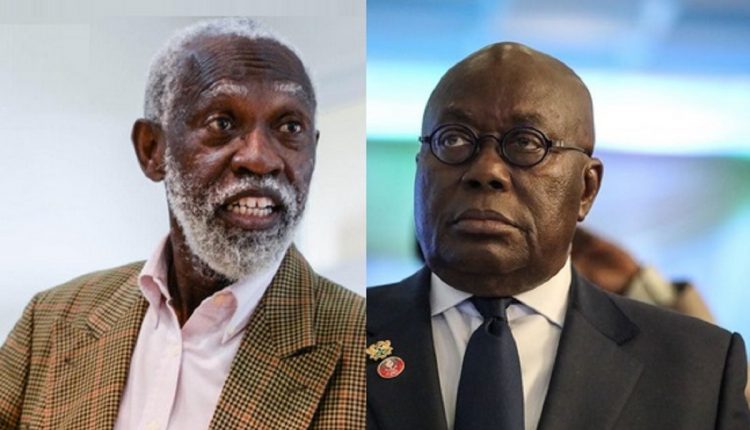 Prof Stephen Adei, the former Chairman of the National Development Planning Commission (NDPC), remarked of President Nana Akufo-Addo’s excursions overseas on private aircraft, “Ghana has become like a poor man who goes to the farm wearing a piece of kente cloth.”

According to North Tongu MP Samuel Okudzeto Ablakwa, the most recent journey to the United States and the United Kingdom cost the taxpayer GHS3.5 million.

Mr Ablakwa claims that such travels have cost the country GHS28 million since May 2021.

When asked by Kwame Obeng Sarkodie on Accra100.5FM’s morning show Ghana Yensom what he thinks of the president’s use of luxurious private jets to the detriment of the country’s presidential jet, the former Rector of the Ghana Institute of Management and Public Administration (GIMPA) initially tried to avoid the subject, saying: “To be honest with you, I don’t want to talk about the president’s use of luxurious private jets because I don’t have

“If I make a comment and it later turns out that the facts you put out there as a journalist are not genuine, then I’ll be caught in a tight spot,” Prof Adei warned the host, “therefore, permit me to talk about things that I can attest for.”

“We are a poor country and, so, whether it is Mahama or Akufo-Addo, it is not about flying around in a presidential jet because when you go to countries like Australia and other developed countries, their prime minister, for example, uses a commercial flight; he does not move with a huge entourage made up of 40 people and, so, I believe we have become like a poor man who goes to the farm bedecked in a presidential jet,” Prof Adei said

“That’s not just this government,” he conceded, adding, “I’ve said it over and over again.”

“If you’re poor and you go to the farm wearing a piece of kente fabric, that’s not a good thing,” Prof Adei emphasized, adding, “That’s all I can say.”

“Our size and the manner we rule are both too costly.”

“It’s not only the Akufo-Addo administration; it’s been like this since the beginning of time.”

“It won’t be well with us if we don’t stop,” he cautioned.

I Will Support E-Levy By Paying The Charges – Wontumi [Video]