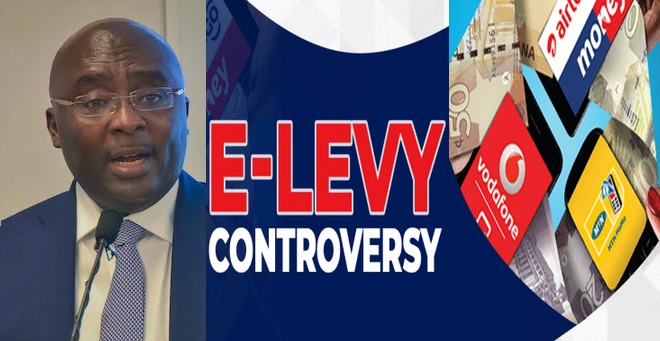 The recently passed Electronic Transfer Levy Bill, popularly known as e-levy, was not mentioned during Vice President Dr Mahamudu Bawumia’s nearly two-hour address to members of the Tertiary Students Confederacy (TESCON) at the Pentecost Convention Centre in Gomoa Fete in the Central Region on Thursday, April 7.

Since taking office in 2017, Dr Bawumia has taken delight in the digital advances implemented by the current administration.

He cited Mobile Money interoperability, drone delivery of pharmaceuticals, digitisation of passport and driver’s license applications, the introduction of the Ghana Card, and the use of National ID numbers as Tax Identification Numbers (TINs) as examples of the Akufo-Addo administration’s achievements.

“And they still don’t get the connection between digitalisation and the economy,” he said repeatedly throughout his speech.

But it was the Vice President’s protracted quiet on the e-levy that many people were anticipating.

He had previously criticized a government plan to tax mobile money transactions as heartless, claiming that it is a domain for the impoverished.

Since the new tax was introduced in Parliament in November 2021, Dr Bawumia has been silent on its usefulness in the government’s current revenue-raising efforts.

As a result, it was surprising that he made no mention of it.

He also never referenced the opposition National Democratic Congress (NDC) or its three-time Presidential Candidate, John Dramani Mahama, despite referring to the era during which they were in power.

In his speech, he repeatedly used the words “they” and “them,” implying that the Mahama-led NDC government is corrupt.