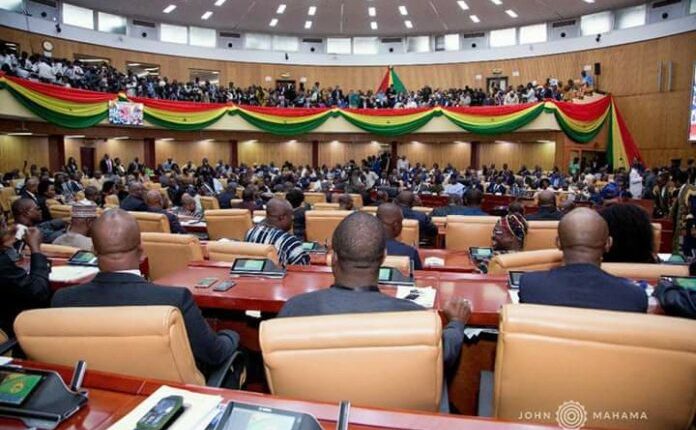 President Nana Addo Dankwa Akufo-Addo has expressed delight in the passage of the Electronic Transaction Levy(E-levy).

The E-levy by the Akufo-Addo-led administration has been a long shot, however, a one-sided House managed to pass the bill on Tuesday with the minority staging a walkout.

Commenting on the development in Parliament during the presentation of the State of the Nation Address, the President said: “Mr. Speaker, despite the protracted and sometimes acrimonious nature of proceedings, I am happy that the House has, finally, found it possible to pass the E-levy Bill.

He added, “believe the levy is going to make a significant contribution to revenue mobilisation and the management of the national economy, and I want to thank Members of the House for making this possible.”

My Timeline For Agenda 111 Was Overly Ambitious – Akufo-Addo Admits

Mad Rush For Mobile Money Withdrawals After Passage Of E-Levy

I Won’t Stay In USA Forever, I Will Come And Continue My Good Works –…