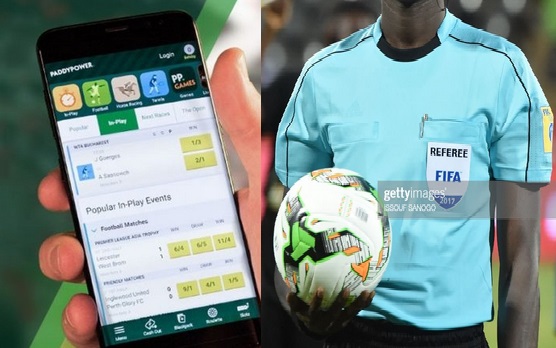 In a bid to fight match-fixing and betting in Ghana’s premier league and Division premier league, the Ghana Football Association appointed an integrity officer who was given some specifics task as part of his duties to put a check on officials, players and management members who might be involved in match-fixing.

Kessben Sports report indicates that, Referee Isaac Osei is alleged to have been caught with betting history on his personal phone prior to a premier league games.

There are periodic checks by the Ghana Football Association’s integrity team before and after the matches.

Phones of the players, management members and officials are checked by the integrity team and the team is alleged to have found a betting history on the phone of Referee Isaac Osei who is currently under suspension.

The Referee is reported to have said he’s not only official who stake bet but there are some of his colleagues who stake bet.