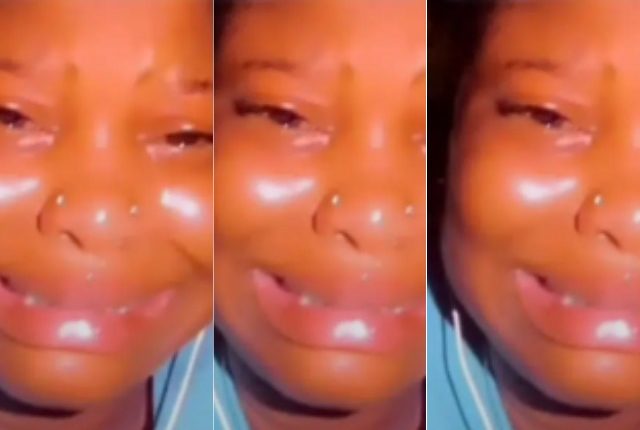 A heartbroken lady has wept bitterly after her boyfriend of 5 years abandoned her to marry another woman after using her womb for ritual.

According to her, she permitted him to use her womb for ritual purposes but she’s currently in shambles after he broke up with her and is set to tie the knot with his new lover soon.

She disclosed that they will be getting married on Saturday, but didn’t state the actual date.

Weeping profusely in the video, she wrote:

“Guys I just lost my five years relationship after allowing him to use my womb for his rituals.

After spotting her on a date with a side boyfriend, a Nigerian man humiliates her by saying, “You even handed him my jacket.”