If Owners Of Natural Resources Go Around Begging, Then You Should Know There’s Something Wrong With Their Minds – Paul Kagame Bites 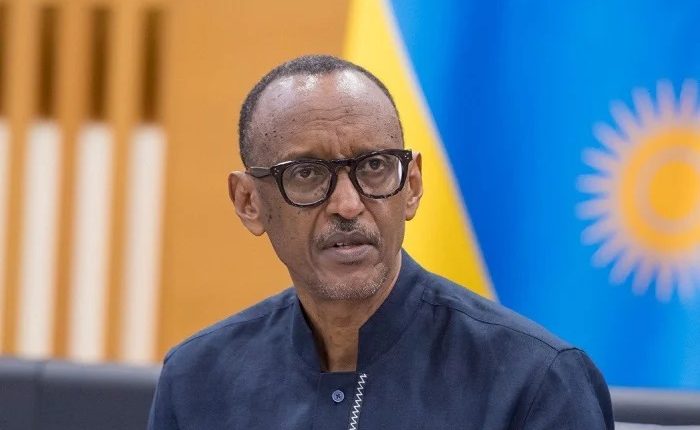 The president of Rwanda, Paul Kagame says If the owners of national resources who are African leaders going around begging, then there’s something wrong with their minds.

”Africa can finance its own development, at least a big part of it. There is no doubt about it. We know this because Africa finances other people’s development, and always has”.

The value of illicit financial flows, evaded taxes, and commodity extraction greatly exceeds that of foreign aid, as a matter of fact. But we have to take responsibility for the misallocation of Africa’s resources and take steps to correct that.

I would rather argue, that we need to mobilize the right mindsets, rather than more funding. After all, in Africa, we have everything we need, in real terms. Whatever is lacking, we have the means to acquire. And yet, we remain mentally married to the idea that nothing can get moving, without external finance.

We are even begging for things we already have. That is absolutely a failure of mindset, he added.

So, how do we reach a turning point?

First, through accountability. Take domestic tax collection. Once again, this is not only about technical capabilities, but much more about building the trust that public funds will be spent on the right things. This is the foundation of good politics, that is effective and citizen-focused.

Second, through regional integration. Working together across our continent. The success of the financial reform of the African Union, adopted in 2016, shows that Africa has the will and ability to fund common priorities. So we should build on this.

Contributions to the Peace Fund have never been higher, the African Union budget has been reduced, while Member State contributions have become more stable.

The entry into force of the African Continental Free Trade Area is set to significantly increase trade within Africa, and consequently improve tax collection.

These are very important developments, which show real momentum toward African unity. This lays the basis for more effective public-private partnerships, as well. In critical fields, such as renewable energy, private sector investors require big, multi-country markets to be viable.

We gain immeasurably by trading with each other, and lose so much, when we don’t.

Once again, technical explanations are inadequate. These are political problems, and mindset issues Earlier, the moderator talked about mental emancipation. Absolutely this has to do with the mindset issues.

For example, railways and roads are undeniably important. Yet, even where rail is not an obstacle, we don’t trade. You find citizens sneaking through forests, across borders, to do business with each other, because the politics is so toxic. There may even be a nice, new road built to facilitate commerce, but people avoid it, for the same reasons.These are choices that get made every day, not by our words, but through our actions, that keep too many of our people poor and dependent.

The third way to reach a turning point, is to continue making it easier for African businesses to grow, and create jobs for young people. This is about improving the regulatory climate for enterprise and trade, on the one hand. It also means building deeper capital markets, and lowering the high cost of sending remittances. But it is also about changing the mindset of our youth from one of dependence and “poverty reduction”, to one of prosperity and wealth creation.

In my view, the definition of “illicit flows” should be expanded to include the habit of importing things, that we already have right here in our countries, and our region. Certainly, even if the definition of illicit doesn’t include this, it is wrong, there is no doubt about it. Later on, I may have you time to tell the story that lies behind this point. We have to be mindful of the huge financial losses our continent incurs, as a result.

Young Africans are going to have to make these necessary changes. To really lead, at the level of new attitudes and norms in Africa. These are the changes that have to be looked at. To see the value that lies all around us. To behave like people who know our continent has a future. To change the world, rather than waiting for it to change us.

Why should we be willing to give up, and succumb at the outset? No. We should try and give it a fight. It’s worth it. Each of us can make a difference. Everyone has the option to strive to do his or her work with excellence, and a good heart.

Let me conclude here and say thank you very much for your kind attention, and I look forward to our further discussion.