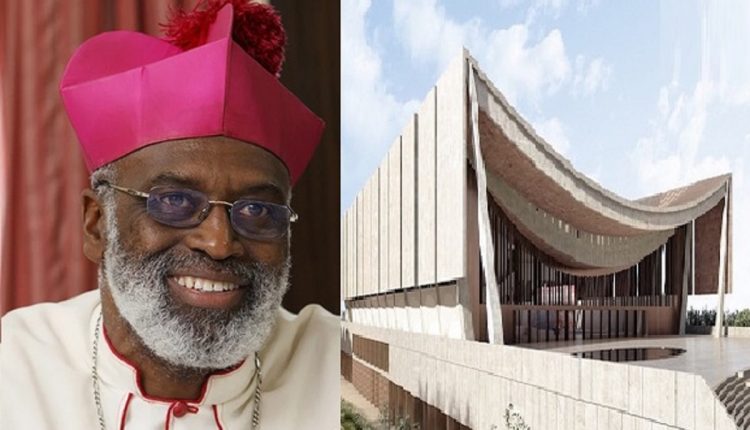 According to him, the current situation can be likened to the times of Moses when he built a tabernacle for the Lord though they were going through hardships.

He said criticisms that plans of building the cathedral should be shelved because of economic hardships in the country is not sustainable.

He mentioned that when Moses was instructed by God to build a temple when Israelite’s were in the desert despite going through tribulations, they joyfully supported for its realization to the Glory of God which became a blessing to them.

“The argument against this cathedral has been that, there is hardship and people are hungry so forth and so forth. But when God instructed Moses to build the Tabernacle for God, Israelite’s were on dessert, didn’t have what to eat but they contributed and contributed so much that it exceeded expectation in building the Tabernacle.”

He, therefore, encouraged Christians in the country to contribute towards the building of the national cathedral to the Glory of God. “If we get one million Christians of the 23 million who will donate every month just ghc100 cedis per person for three years so that at the end of the day you have ghc1,200 times one million it means we will have 200 million cedis a year. If we will be consistent with that we can finish that project in time.”

He mentioned that there will be a digital donor wall recognition at the cathedral in which the names of every donor will be acknowledged for generations to appreciate them.

Most Rev. Charles Gabriel Palmer-Buckle said revenue accrued from the cathedral when completed and opened will be used to support other developmental needs of the country.

He stressed that the National Cathedral should not be politicized stating that even though President Akufo Addo envisioned and championed the project, it doesn’t belong to him rather will become a national monument.