The South African police stated Thursday that a man was slain by protestors in a Johannesburg township who were protesting the government' inaction in the midst of violence and crime. 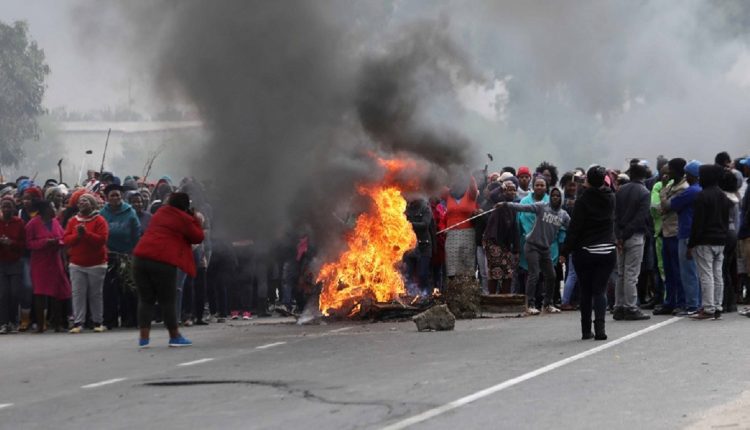 The South African police stated Thursday that a man was slain by protestors in a Johannesburg township who were protesting the government’ inaction in the midst of violence and crime.

The victim, according to the state broadcaster SABC and other media, is a Zimbabwean immigrant. The assassination occurs amid rising public outrage over high crime rates, which is sometimes directed at immigrants suspected of fueling the problem.

Protests in the community of Diepsloot began on Wednesday when it was revealed that seven people had been slain there over the weekend.

Residents enraged over the police’s alleged refusal to respond to a crime scene marched through the streets with chants and placards, burning tires and camped outside the local police station.

According to police spokeswoman Brenda Muridili, a small handful of protestors went door-to-door verifying people’ IDs in the evening.

She claimed that as they approached in front of a house, a young man came out and fled away. She told state broadcaster SABC, “They chased him and sadly he was slain.”

The crime occurred just hours after Police Minister Bheki Cele and his police chief paid a visit to the region.

According to the government, crime in South Africa intensified at the end of 2021, with 74 murders and 122 rape complaints per day in the last quarter.

Since January, a movement known as “Operation Dudula,” Zulu for “drive back,” has collected a few hundred anti-immigration protestors at each demonstration.

This mobilization is motivated by the resentment of a segment of South Africa’s young who are victims of the country’s high unemployment rate (over 35 percent of the population) and immigrants’ involvement in certain crimes.

Over 5 tonnes of cocaine seized by Cape Verdean Police