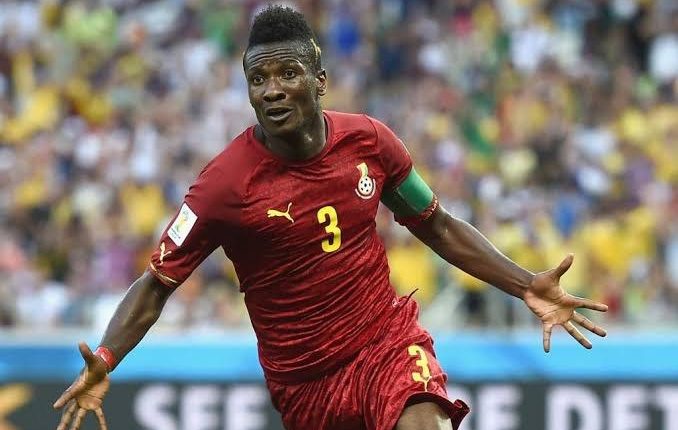 Former Black Stars of Ghana and Sunderland striker, Asamoah Gyan has said that he has never smoked marijuana or taken alcohol in his entire life.

Speaking in an interview with Sompa FM based in Kumasi, Ghana, he stated that he spends time with people who drink and smoke hard drugs but that he has never had a taste of it adding that he has only smoked shisha.

“I’ve never drunk alcohol in my entire life. I don’t drink alcohol and I don’t smoke marijuana too. The only thing I have smoked in my life is shisha,”
The football star also spoke about his book “The Legyandary” saying that it provides a blueprint for people who want to be like him.

Gyan scored four times in seven matches during the 2006 FIFA World Cup qualifying campaign, helping Ghana to qualify for their first world cup in the history.
He also scored the fastest goal of the tournament after 68 seconds. The goal came in the game against the Czech Republic on 17 June at the RheinEnergieStadion in Cologne, Germany, which set the Black Stars on their way to a 2–0 victory.