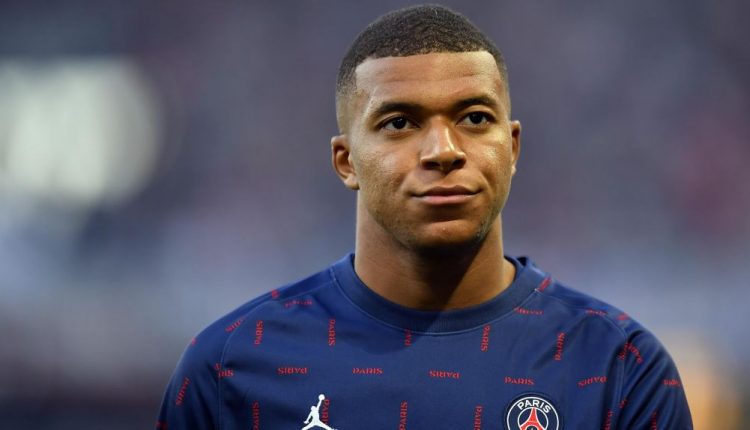 For months, it has seemed destined that the forward would be joining Real Madrid this summer, but recent quotes suggest he could now remain in France.

Though Karim Benzema might now be the heavy favourite to win the 2022 Ballon d’Or, over the past fortnight, Kylian Mbappe has yet again shown why he is regarded by many as the best footballer on the planet.

In his last two matches for club and country, he has provided eight direct goal contributions.

With France, he scored two and created one against South Africa, and then followed that up with Paris Saint-Germain by netting a double and completing a hat-trick of assists against Lorient.

Critics will point to the modest standard of opponent in each game, but the performances of Mbappe were, nonetheless, spectacular, and a goal or an assist in each of PSG’s eight Champions League fixtures this season negates the notion that he might be a flat-track bully.

Indeed, the clamour for news over his future is proof enough over his on-field value.

For months, what Mbappe will do at the end of the season has been the subject of rabid speculation. Out of contract on June 31, the 23-year-old is destined to become the game’s most eligible free agent for years – arguably ever.

Real Madrid have appeared to be in front in the race for the France international since the beginning of the season, yet in recent days there has been a subtle change of momentum.

“I haven’t made my decision, there are new elements to consider. Which elements? Just new elements,” Mbappe told the media after his stunning display against Lorient.

“I’m calm, I am trying to make the best possible decision together with my family.

“Had I made that decision I would’ve said it and embraced it. I always do that; I don’t need to hide. I just want to make the best decision I possibly can.”

These comments arrived soon after the French press broke the news that PSG are willing to make him the figurehead and captain of the team going into the next stage of their project, which is at a major juncture given the nature of their Champions League loss to Madrid and also the uncertainty over Mbappe’s future.

PSG, it has become obvious, cannot do without Mbappe. He may play alongside Lionel Messi and Neymar at the forefront of their attack, but the hierarchy in the front three is obvious to anyone who has spent much time watching them this season: the Frenchman is head and shoulders above those around him.

The Parc des Princes outfit will move heaven and earth to keep the forward, which may be the “elements” that Mbappe referred to last weekend.

Although he left this statement deliberately ambiguous, it is likely to be more than simply being handed the armband. Bigger moves could be at play, such as the ousting of sporting director Leonardo, whose performance has finally come under serious scrutiny.

Perhaps PSG might even be closing in on Mbappe’s good friend Paul Pogba, whose presence may be enough to give him reason for further consideration over his future.

Certainly, if there is not a seismic shift in PSG’s project this summer, Mbappe would be making a mistake in re-signing for the club.

Their haphazard transfer policy has been well documented, while their lack of mental fortitude continues as a source of chronic embarrassment on the biggest stage.

PSG, after all, had their collective foot on the necks of Real Madrid in the last 16 of the Champions League, and yet it is Carlo Ancelotti’s side who now stand on the brink of reaching the semi-finals.

History can be overplayed when players have big decisions to make in their careers, yet PSG’s trend of catastrophe has become an alarming one and Mbappe should not allow himself to be sucked into that vacuum of failure.

There are risks associated with going to Real Madrid, too, though.

With Vinicius Junior and Benzema occupying his favoured roles on the left and centre, respectively, Mbappe faces the prospect of being shunted out to the right – a position he has not played regularly since his early days at Monaco.

Perhaps it might be a wise decision, then, to spend another 12 months in Paris to cement his legacy at his hometown club – likely becoming their all-time leading scorer – and then move to Santiago Bernabeu when one of his favoured roles opens.

Mbappe, having barely turned 23, has the luxury of time on his side. Nevertheless, the decision he makes in the weeks ahead is one that will affect the remainder of his life – both professionally and personally.

It is one that he is clearly assessing carefully.