Mad Rush For Mobile Money Withdrawals After Passage Of E-Levy 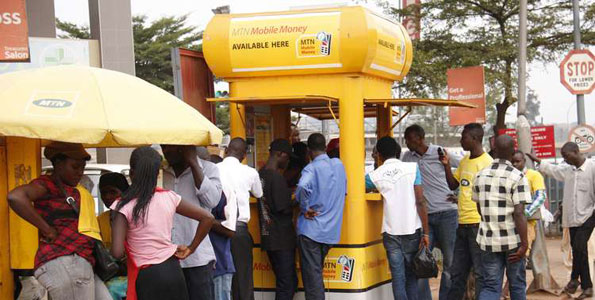 Massive withdrawals have hit the various Mobile Money (Momo) vending outlets in the Ashanti region after the passage of the electronic transaction Levy (E-levy) by Parliament on Tuesday, March 29, 2022.

Some Mobile Money vendors who spoke to Class News’ Ashanti regional correspondent, Elisha Adarkwah, today Wednesday, March 30, 2022, said there have been massive withdrawals since yesterday after Parliament’s passage of the E-levy bill.

They indicated that the majority of those who have come to transact business with them are withdrawing and none depositing.

They noted that the E-levy can collapse their business if the President assents the bill into law in the coming days.

Some people who went ahead to withdraw their money from their Mobile Money accounts told also Elisha Adarkwah that it was because of the passage of the E-levy bill.

Elisha Adarkwah reported that people are withdrawing as much as GHS5,000 and GHS4,000 from their wallets.

The mobile money vendors expressed worry the rush for withdrawal of monies by the customers will collapse their business.

SONA 2022: Akufo-Addo Lacked Confidence To Speak About The Economy – Minority