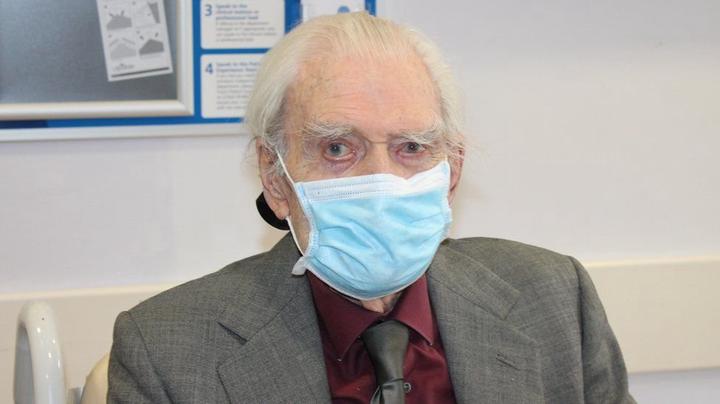 A 103-year-old man is thought to be the oldest person in the world to regain their hearing with a cochlear implant.

Leslie Hodgson, who is also registered blind, underwent the procedure at James Cook Hospital in Middlesbrough.

The retired architect from Penrith, Cumbria, has no family and lost touch with his friends after losing his hearing 10 years ago.

Surgeon Noweed Ahmad said: “Leslie had been trapped in a cocoon of silence made worse by blindness.”

Mr Hodgson had requested the implant when he went to the hospital on his 103rd birthday and was awake while the surgery was carried out under local anaesthetic.

The procedure was a good deal more advanced than his first ear operation in 1925, which was carried out with a hammer and chisel.

“He has no family left and used to communicate with friends through the telephone but could not any longer.

“Leslie walked into my clinic, told me it was his 103rd birthday and that [after researching it] he wanted a cochlear implant

“This remarkable man came to us for help and has shown that you are never too old.”

The implant, which is a prosthetic device inserted behind the ear that uses electrical stimulation to provide the sense of sound, was carried out last month.

Since the operation, Mr Hodgson has had his device switched on.

Audiologist Ruth Cole said: “When an implant is first switched on it sounds very strange as it is an electrical stimulus and this is new information for the brain to try to make sense of.

“Leslie can now hear some environmental noises and speech sounds but it will take time for his hearing levels and the clarity to improve.”

Following the hearing operation, Mr Hodgson has told surgeons he is keen to tackle his blindness.