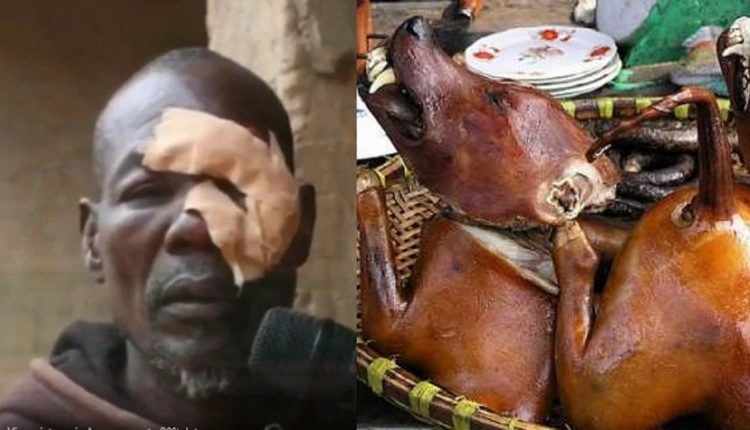 A father of 6 children has been injured in one of his eyes leaving it almost blind. This sad incident happened in Nkawkaw during a fight between the victim known as Mohammed and another man by the name of David. David wanted dog meat to buy so he went to Mohammed to purchase one.

Mohammed did not have any at that moment so he took GH₵ 70 from David to get the meat for him from a colleague. Mohammed recounted that the meat was now being sold for GH₵ 100 so he did not buy it anymore.

However, Mohammed did not return the money to David for days. David out of anger went to Mohammed’s house and seized his bicycle. Mohammed then went to David’s house for his bicycle and this resulted in a fierce fight between the two men.

David punched Mohammed in the eye and that eye went blank. He was rushed to the hospital for medication and cannot yet see with the affected eye.

The Youth Love You, Focus On Them – Shatta Wale Tells Akufo-Addo