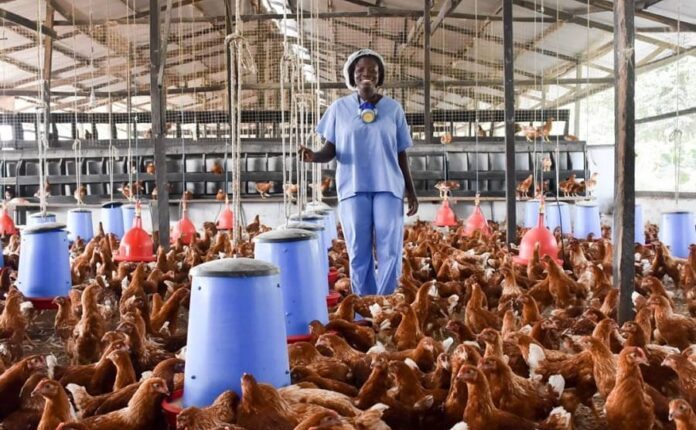 The National Chairman of Poultry Farmers Association of Ghana has indicated that the poultry industry is heading for collapse if they do not increase prices of eggs by 30 percent.

Speaking to Starr News, the President of Poultry Farmers Association, Victor Oppong Agyei disclosed that poultry farmers are no longer going for day old chicks over challenges with feeding.

“When we don’t have the feed, there is no poultry, and when we talk of feed we have components mixed to get the required feed. It consists of maize, soya and other things. But we are using only three that have necessitated us to increase the egg prices.

“Maize is about 50 to 60% of the entire feed, soya is about 15 to 25% beans is 15 to 25% now maize that we were buying at Ghc55 has gone up in percentage wise by 277% the soybeans have also gone by 300% and wheat has also gone by over 300%. So looking at all these inputs and the prices we realized that if we are not able to adjust the prices of eggs very soon there will be no poultry farmer in the county,” Mr. Adjei stagted.

He continued that “As we speak now many of the farmers have folded up and some have reduced their stock. There are some who have 300,000 birds capacity but now, only 50,000 birds are there. There is another former in the Eastern region with 52,000 birds but he now has 700 birds. People are now not even ready to go for the day old chicks because they are thinking of how to feed them.”

The President of the Association also pointed out the issues of non-availability of the feed which is informing their decision to increase the price of eggs in the country.

“Because when we are not able to adjust the eggs prices it will mean that farming will be running at a loss and eventually the farms will collapse,” Mr. Oppong Adjei added.

He added that the new prices of eggs will take effect from the first week of May 2022.

Loyal dog refuses to abandon owner who ran mad, visits and plays with her daily