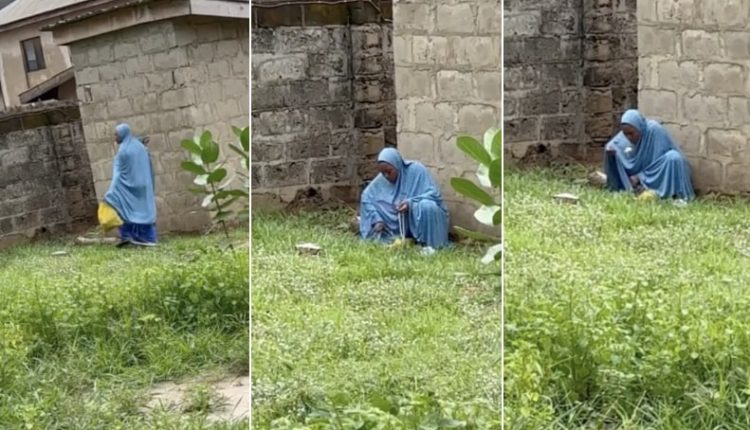 During the Ramadan fasting season, a viral video has appeared on the internet that discreetly captures a Muslim woman hiding from her family and friends to eat behind an unfinished structure.

Netizens have reacted to the video as expected, with many pitying her for following the crowd when she could just be herself.

To avoid being caught, the Alhaji woman can be seen peeking and eating near the back of a building in video footage.

The incident prompted outrage on social media, with many applauding her and stating things like “It is not by force to fast.”