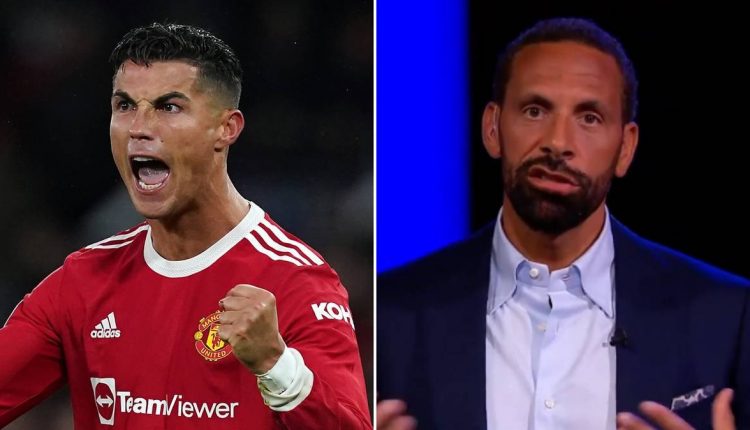 Manchester United legend, Rio Ferdinand has accused the club of failing to provide Cristiano Ronaldo with a ‘platform for success’ since his return to Old Trafford.Ronaldo made an emotional return to the club last summer from Juventus, 12 years after he departed for Real Madrid.

Despite his return,  United went on to have their worst ever Premier League campaign, finishing sixth in the table.Speaking on the club’s current situation,  Ferdinand told FootballJOE’s YouTube channel: ‘On a personal level he does what Ronaldo does, he scores goals, he wins games and without Ronaldo they don’t get out the knockout stages of the Champions League.’

‘He’s scored winning goals multiple times and he has held up his side of the bargain. ‘I think the club obviously hasn’t played their role in terms of giving him the platform for success.

‘It just shows you that great players, those in conversation as the best players ever – and he’s one of them – you can’t do it alone, you need team-mates to help and this shows that.’Ronaldo has divided opinion since his return to Old Trafford, with ex-Liverpool defender Jamie Carragher urging new Manchester United boss Erik ten Hag to get rid of the Portuguese superstar.

But Ferdinand has rebuked Jamie Carragher’s suggestion and wants Ten Hag to be afforded patience in a bid to unlock Ronaldo and the team in order to deliver success.’We have to wait and see,’ Ferdinand added, when asked if Ronaldo will fit with Ten Hag.