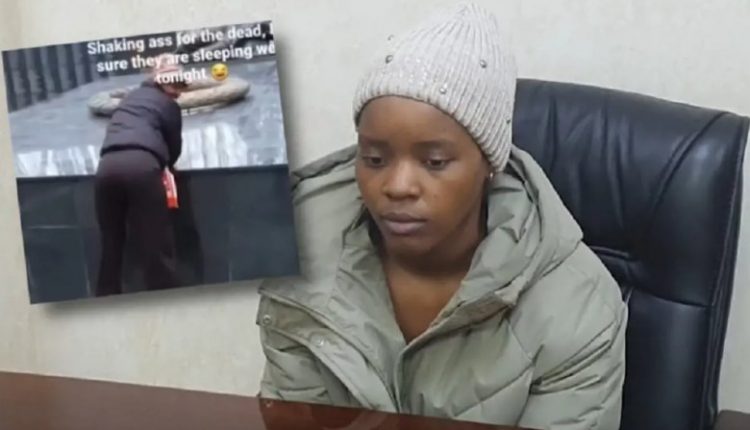 Zambia’s foreign ministry has confirmed that a 21-year-old Zambian student was arrested last Sunday in Russia for twerking at a World War Two memorial in the city of Khanty-Mansiysk.

Tionge Ziba, a first-year student at Khanty-Mansiysk’s Yugra State University, has been released from custody on bail but her case has been passed on to the city’s prosecutor, the ministry says.

The video of her dancing on the Eternal Flame war memorial was filmed on 14 April, the statement said.

Ms Ziba then reportedly posted the video to Instagram two days later with the caption: “Shaking… for the dead, sure they are sleeping well tonight”, which court documents given to Zambia’s embassy in Moscow describe as an “offensive caption allegedly joking about Nazism”.

The regional investigative department posted a video of Ms Ziba apologising for her dance, though at the time it did not identify her by name or nationality.

“I want to apologise to everyone for the video I posted on 16 April,” she says in English.

“I posted a video of me dancing on this monument and I didn’t intend it to be offensive – or disrespectful to those who died.

“I’m very, very sorry to everyone. I hope I’m understood and forgiven.”

Zambia’s foreign ministry says its embassy has been told that the police will investigate the case over the next three months and “the exercise will be conducted in a humane manner to avoid interference with Ms Ziba’s academic calendar”.