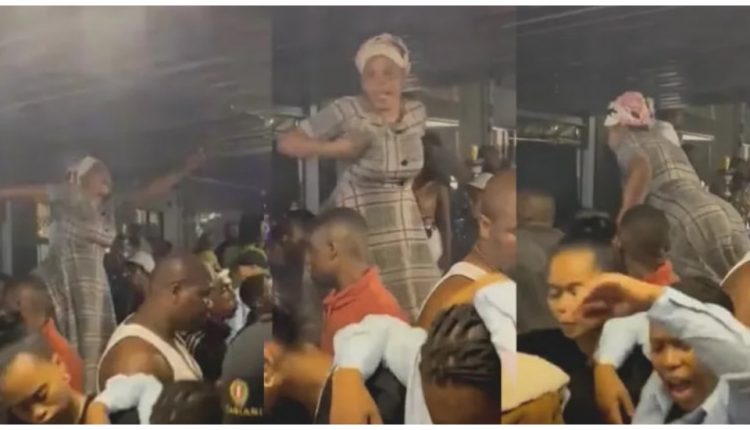 The born-again wife stormed a nightclub in search of her husband, only to find herself enjoying a wild time.

A born again woman decided to storm a nightclub in order to bring her husband home, but she ended up having a wild time in the club instead.

The well-dressed woman made her way into the Groove nightclub in South Africa in order to locate her husband.

When she entered the nightclub, she forgot herself, became inebriated, and had a great time.

The woman became so engrossed in the music that she climbed up a table to dance while the DJ was slamming back-to-back beats on the turntables.

She appears to have had a relapse after the video of the incident was shared on social media, according to the community.

Late Gospel singer, Osinachi Nwachukwu’s producer, Sunny Pee made fresh revelations about the cause of her death