When thieves on motorcycles were robbing a couple at gunpoint, a driver rammed them [Watch] 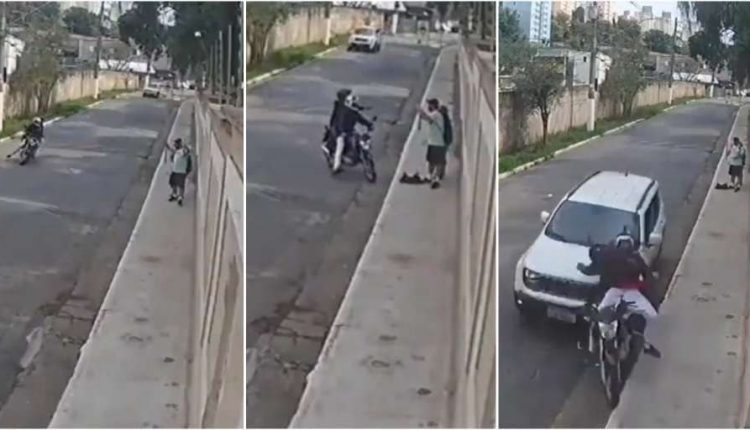 This viral video shows two thieves on a motorcycle being ran over by a speeding automobile when they were robbing a couple at gunpoint.

The renowned criminals confronted the pair and flashed a gun, unaware that they were being followed by a vehicle who had seen them mugging pedestrians on the same route.

The courageous driver drives into the two miscreants and speeds away, injuring them.

The terrified couple was able to flee thanks to the motorist who protected them from the gun-toting criminals.